Surfers have always been characterized as free-spirited, as humans astray from societal constructs like the 9 to 5 grind, corporate consumerism, and close-toed shoes. As a sport (or way of life), surfing is far less restricted than others. We’re not confined to a court. We’re out there in the the natural world, battling the elements and critters of the deep. And during your day-to-day surf sessions, we don’t have coaches, rules, or teams. It’s practically anarchy!

So it only makes sense that surfers – and our unrestrained lifestyle – would be drawn to the most free form of expression: nudity. Rich yuppies looking for an “experience” are doing it at Burning Man. Miley Cyrus is doing it on Instagram. So why not surfers, right? We’re way more unhinged and bohemian than those poser conformists, RIGHT?!? Sure, whatever. We’re also #blessed with great bods…there’s no arguing with that. Here’s just a few instances of surfers trading in their bathing suits for their birthday suits and flaunting the goods for the camera.

In 2014 Coco Ho joined the ranks of numerous professional athletes from a wide array of sports and posed naked for ESPN’s annual Body Issue. Michael Phelps has been featured in the mag. And Venus Williams. DeAndre Jordan of the Clippers, too. That’s an honor to be considered on the same list as these legends of sport, even if it is in a naked photo shoot. But Coco still had reason to worry: “I just need to figure out how to keep it away from my dad!” she wrote on social media. I’d be afraid of Papa Michael and Uncle Derek, too!

Like Coco, Brazilian big-wave charger Maya Gabeira also stripped it off for ESPN’s Body Issue. Maya’s shoot shows that a woman can be both sexy and strong, sultry yet robust. After all, she’s known for surfing in some truly harrowing conditions, when peak physical condition is necessary for survival. “When you surf, your muscles get bigger, especially your shoulders,” she told ESPN. “Most women are afraid of being too strong.” Maya’s not.

This one is probably the least shocking on the list (besides the one below). By now everyone has seen Paul Fisher naked – the entire World Tour, rowdy ravers at his DJ sets, the whole continent of Australia. It’s become a party trick, a calling card, part of his shtick…yes, that was a penis joke, the Fish nominated himself as ‘most likely to get naked’: “Fuck. It’s gunna be me, isn’t it? It’ll probably be at the Mad Huey’s party. If I get too excited I just strip down.”

Again, not that surprising to see Mr. Ho in his birthday suit. But the circumstances that led to this are pretty extraordinary. Basically naked Mase ended up SURFING A HEAT in the nude, boosting air reverses and absolutely killing it. How bout some extra points, judges? It seemed impossible but “The World’s Most Entertaining Surfer” outdid himself and got even more exciting. 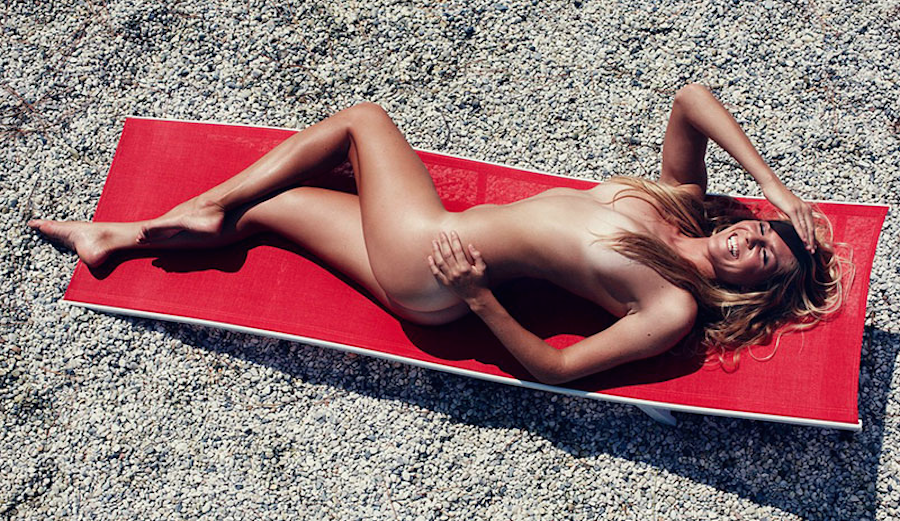 What a champ Steph is. Literally – she’s six-time world champion on the women’s world tour and an all-around good human in general. She’s filled with positivity and she’s a wizard on a wave. Her carefree attitude led her to agree to be yet another surfer featured in ESPN’s Body Issue. “It’s daunting for female surfers to match the image of being a tan, fit beach girl in a bikini,” Steph told ESPN. “So posing naked for these photos was liberating, and helped me stop stressing about my insecurities.” 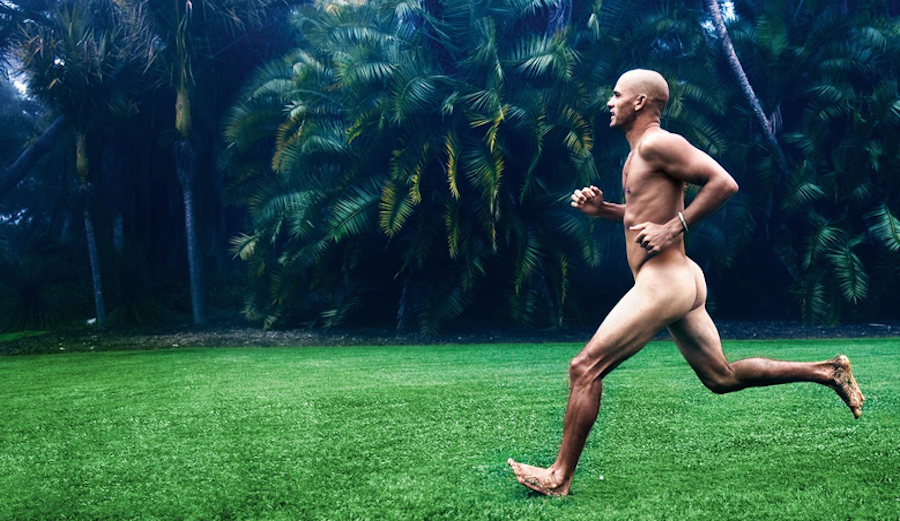 Adonis. Michelangelo’s David. Hercules. These are all examples of carnal male perfection. Kelly’s quintessential physique also fits this tradition, like he was sculpted in marble by Michelangelo himself. Muah, perfecto!