An eviscerated great white shark has washed up on a South African beach, the latest fearsome predator to fall victim to killer whales in that area.

A spokeswoman for Marine Dynamics, a shark cage diving company in Kleinbaai on South Africa’s Western Cape, told Fox News that the great white that washed up over the weekend was another victim of “orca predation.” The 13.5-foot shark, which washed up on Saturday, is the fourth recent grisly great white find, she added.

The great white, like the other sharks that washed up, had its liver removed with “almost surgical precision,” according to South Africa’s Sunday Times. A shark’s liver, which weighs as much as a person, is highly nutritious, the Sunday Times reports.

In a Facebook post Saturday, Marine Dynamics explained that the latest shark autopsy was completed by the Dyer Island Conservation Trust team, led by white shark biologist, Alison Towner. “The deceased male shark measured 4.1m in total length. He was missing his liver, his testes and stomach,” it said. “The carcass may be a few days old but it seems relatively fresh and bled out massively. All necessary samples have been taken for the various scientific projects.”

“This is the fourth documented deceased white shark since May that we can connect to Orca predation,” said Towner, in the Facebook post. 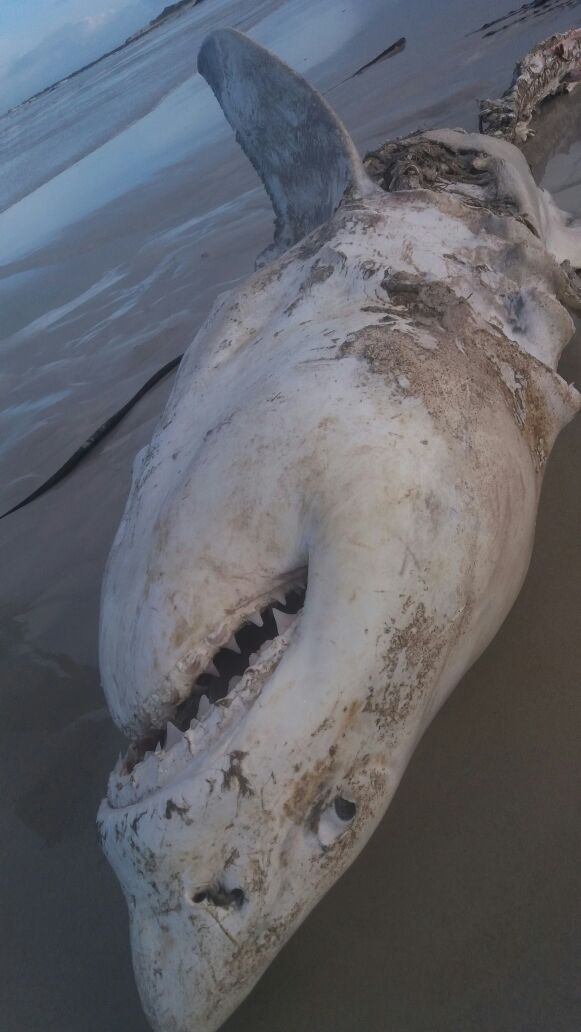 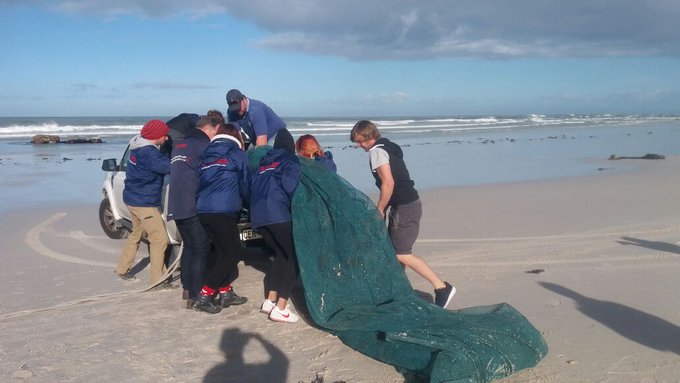 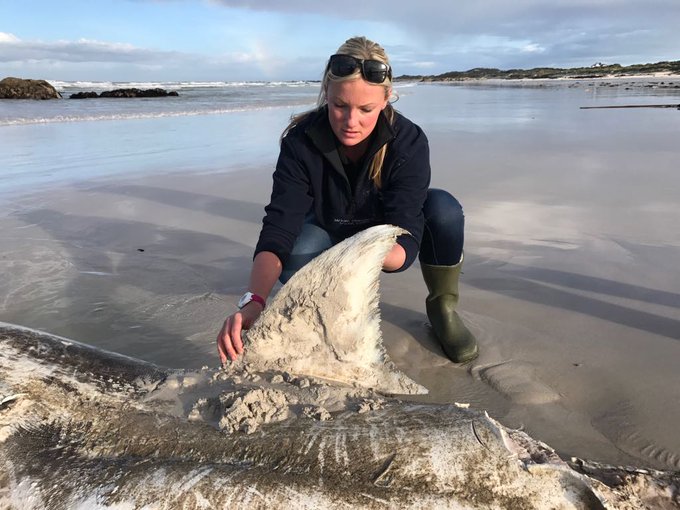 A pair of orcas are believed to be responsible for the killing, according to Marine Dynamics. The killer whales were sighted offshore off of Danger Point on Walker Bay, then again near the coastal village of Franskraal Saturday. “Marine Dynamics cage diving boat tracked the pair. Subsequently all cage diving boats failed to see white sharks today, and it is believed the sharks may have fled the area once again,” explained Marine Dynamics.

Orcas have been seen attacking cow sharks off of Cape Town, New Zealand and South America. Additionally, orcas were filmed attacking great white sharks around the Farallon islands off of California and Neptune islands off of Australia.

The Associated Press contributed to this article.